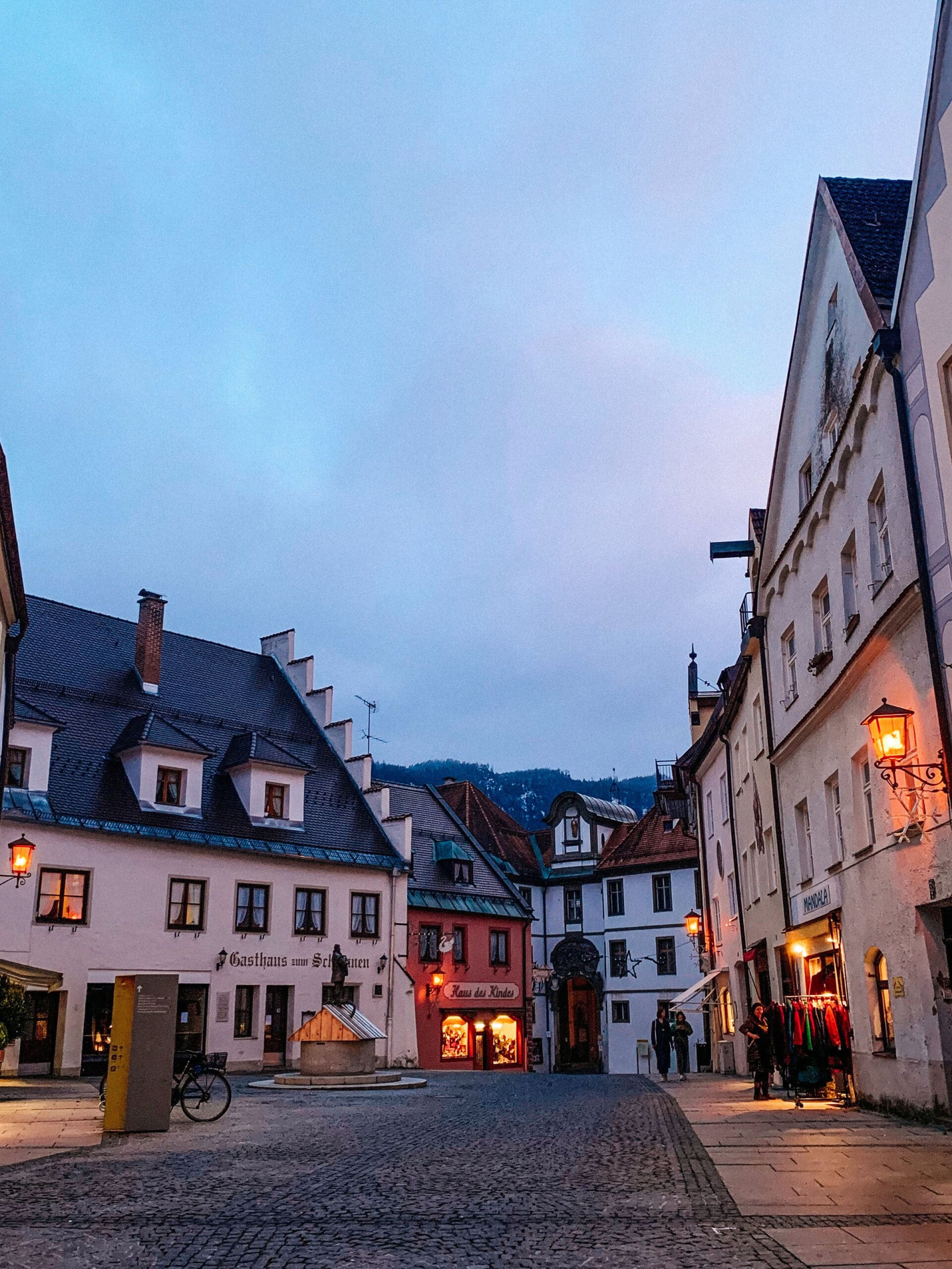 The beautiful town of Füssen is located in the Allgäu, in south west Bavaria. The “Romantic Road”, one of Germany’s most well-known and popular holiday routes, runs through it. Because of the many sights in the town itself and the immediate surroundings, such as the Neuschwanstein and Hohenschwangau castles, and the magnificent landscape, Füssen and the region known as the Königswinkel are very popular with holidaymakers.

Füssen’s history goes back to Roman times; the city developed on the old Roman road, Via Claudia Augusta. The important Benedictine monastery of St.Mang was built in the town in the 8th century. It was rebuilt in the baroque style between 1697 and 1726, impressing with its richly stuccoed and frescoed furnishings, and was a spiritual and worldly centre of the region. Nowadays it is a tourist attraction. In the 13th century, Füssen was the biggest town in the Allgäu. Between 1486 and 1505, the Hohe Schloss was constructed, which still towers majestically over the old town. Füssen was also particularly important in the Middle Ages due to the craftwork of the lute and violin makers, which had its origins in the town.

Füssen is now a Kneipp and spa town, and provides a wide variety of activities for people looking for active holidays or relaxation. However, people who are looking for culture don’t lose out either. There are numerous museums and exhibitions in the town, such as the town museum in the St.Mang monastery or the Bavarian State Painting Collections in the Hohe Schloss. The Füssen music theatre, with a view of Neuschwanstein, hosts interesting festivals and events all year round. There are numerous historical churches in Füssen, and the romantic old town features medieval buildings and romantic narrow streets. Anyone who likes to be active will find many different options in and around Füssen; there are countless hiking and cycling trails, and the many lakes in the area provide watersports opportunities or simply provide you with somewhere to spend your time relaxing.

Overview (districts of the city of Füssen)