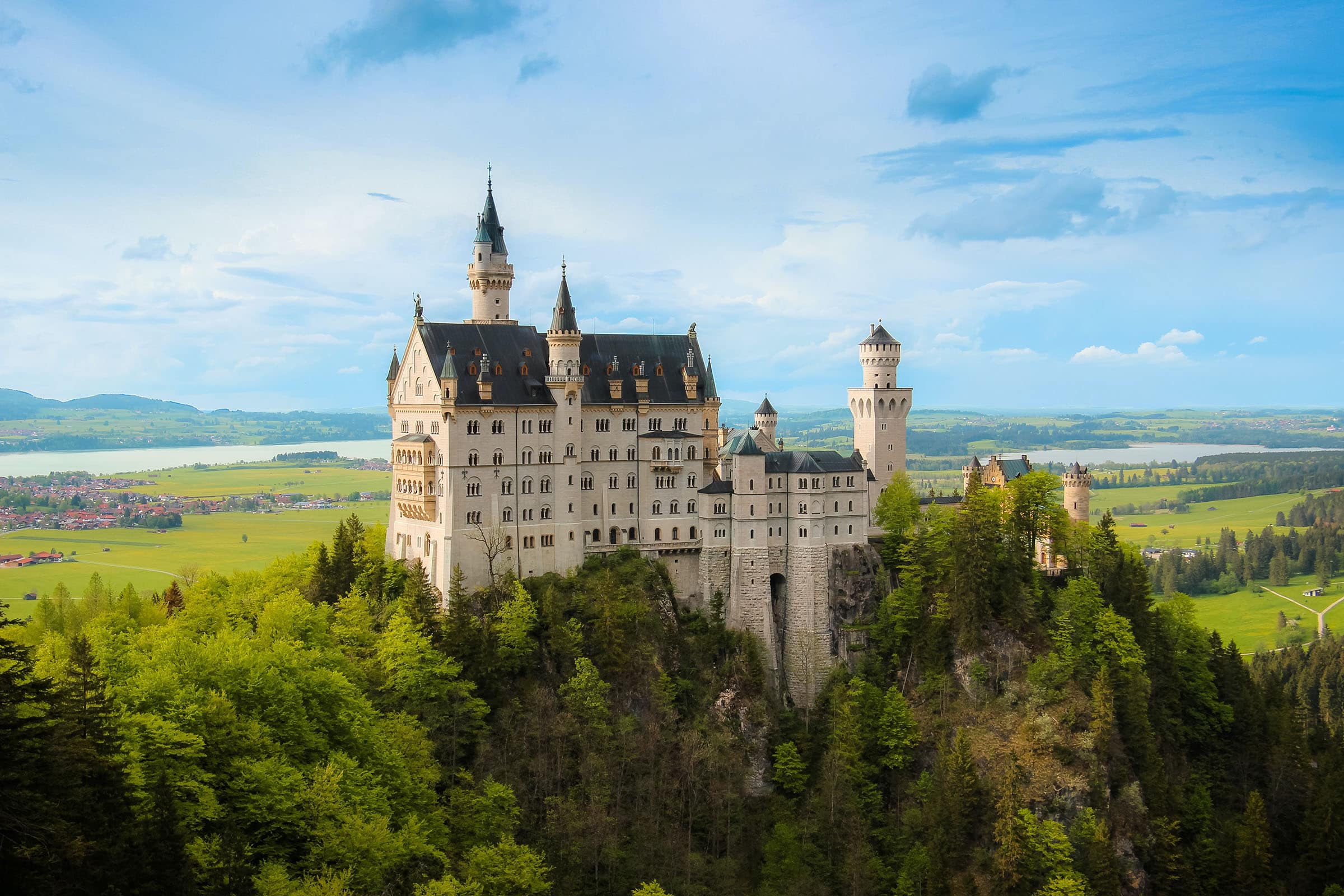 Beautiful Neuschwanstein Castle, often also referred to as the Fairytale Castle, is the most famous of the castles of Bavarian King Ludwig II, and is one of the most well-known sights in Germany. More than a million tourists visit and tour the castle every year. It is situated near Füssen in southern Bavaria on craggy rocks in a picturesque mountain landscape.

It was constructed in the exact style of the old German knight’s castles. Many of the numerous beautiful wall paintings relate to Wagner’s operas and old German legends.

The most important rooms in the castle are the Sängersaal (Singers’ Hall) and the Thronsaal (Throne Room). The Singers’ Hall was modelled on the Wartburg Ballroom near Eisenach, and decorated with murals of the Parzival legend. The sacral-looking Throne Room was inspired by the Allerheiligen-Hofkirche of the Munich Residenz (Court Church of All Saints in the Royal Palace of the Bavarian Monarchs), among other things, and corresponds to Ludwig II’s idea of a kingship by the grace of God.

The German Fairytale Castle made it to the final round of the worldwide voting for the new seven wonders of the world in 2007, competing against well-known monuments such as the Great Wall of China, the Taj Mahal and the Colosseum in Rome for a place among the first seven.

Neuschwanstein Castle may be visited by guided tour only. During the tour, you go up a total of 165 steps and down 181 steps, and the visit takes approximately 40 minutes.